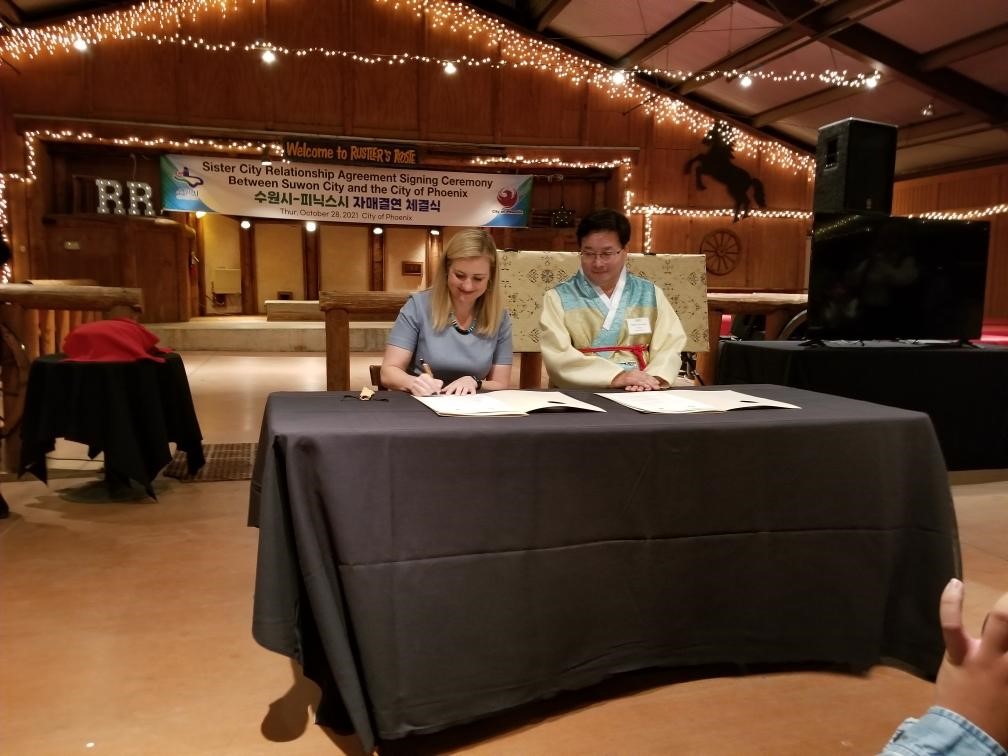 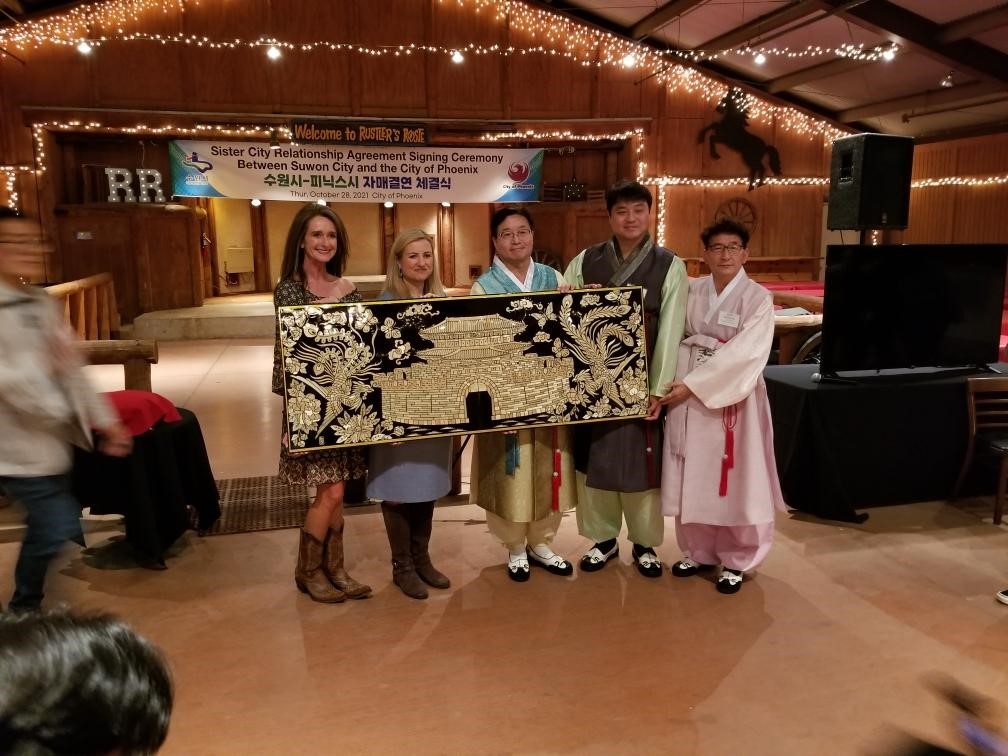 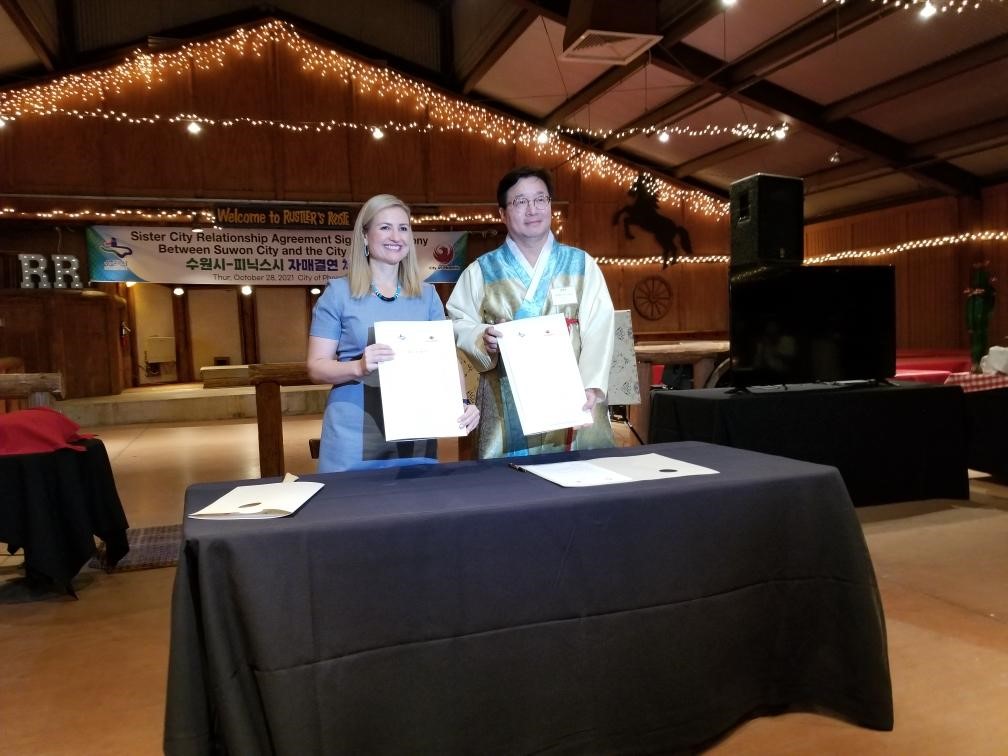 Phoenix’s sister cities are the following:

The partnership will also promise business exchanges and possible foreign investments, as Suwon is home to Samsung, the multinational electronics manufacturer.