When the Seattle-Bergen Sister City Association talks about music, we mean “Music!” with a capital “M” and an exclamation mark! This is exactly what was delivered at our winter holiday production that brought together some of the best musicians from both sides of the Atlantic. 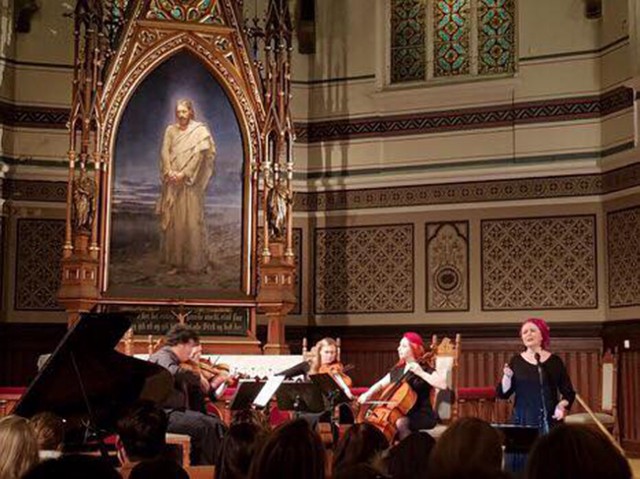 Both Horvei and Riber are two of Bergen’s most accomplished musicians, and both have appeared in Seattle over the years. When they first performed with the Seattle-Bergen String Quartet at a festival concert showcasing the music of Edvard Grieg in 2017, they saw the potential to do much more. And that they did with Vintersong, presenting some of Norway’s most beloved Christmas songs in original arrangements by Riber.

The tour opened with its first concert at Ballard First Lutheran Church in Seattle. Crowds poured in to hear the music framed by a narration that tells the story of Christmas traditions in Western Norway. As a native English speaker, I took on the narrator role for the Seattle audience. To raise spirits even higher, Seattle Lilla Spelmanslag, a group of young folk fiddlers, joined in on the opening and closing numbers. The result was pure magic. 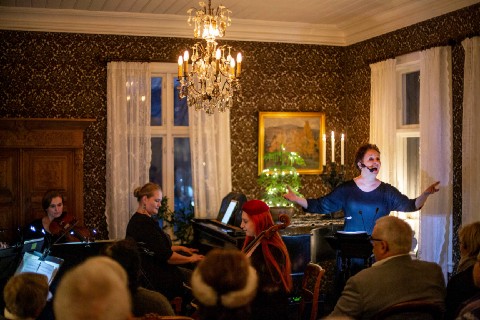 Several performances were scheduled in Norway, including two concerts at Horvei’s historic home. The group also performed for enthusiastic audiences at a hotel, school, and assisted living facility in Riber’s hometown of Eidfjord to a backdrop of towering snowcapped mountains surrounding the fjord.

But the real highlight of the tour was the concert at St. John’s Church in Bergen. No less than 750 concertgoers made their way to the historic cathedral on a cold and windy night. This free concert was Seattle’s Christmas gift to Bergen, a gift that was well received with roaring standing ovation.

Another high point of the trip was lunch with Lord Mayor Marte Mjøs Persen at the Opus XVI Hotel, owned and operated by the Grieg family, relatives of Edvard Grieg. The group was also fortunate to stay at the hotel courtesy of Alexander Grieg and VisitBergen. The hotel shares the Grieg legacy through its artwork and a photo exhibit chronicling the life of Bergen and Norway’s most famous composer. 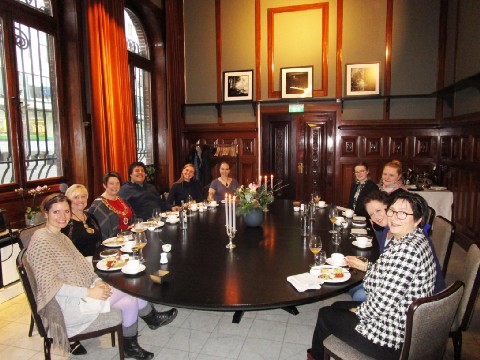 A highlight of the trip was lunch with Bergen’s Lord Mayor Marte Mjøs Persen at the Opus XVI Hotel, owned and operated by the Grieg family. Photo: SBSCA

The tour came to a close in at the Emigrant Church at Sletta in Radøy, an intimate setting on a rainy winter night. It was a special moment when everyone said farewell, but it certainly did not mark the end of the transatlantic group’s collaboration.

The Seattle concert was filmed by the Seattle Channel and will be available online with live streaming, and the ensemble spent a day in a recording studio in Eidfjord with plans to release a CD, to be released on both sides of the Atlantic. There is already talk of future projects as the friendship and professional connections between the two sister cities continue to thrive and grow.